From her long black hair that reached her butt to her short self, Amber Julez is a 16 year old girl from Atlanta who has a huge accent.  Her attitude is straight fire, and her niceness doesn’t come too often.  She has color-changing eyes, which is really rare.  She is African American, Caucasian, Asian, Dominican, and Native American.  She’s only  5’, 1″ but knows how to make a huge crowd listen.

When Amber turned 8 years old, she remembers being able to blow dry her hair out.  It was a big thing because her mother would only let her hair be curly since it was baby hair.  But on her 8th birthday, she was able to do it so it would match her huge fashion birthday party.  Amber’s neighborhood is filled with a lot of white people who look at her different because she’s what they called “the ghetto in the community.”  She throws huge parties when her mother is gone, always blasting music, dancing outside.  She always wanted to live around the corner were the black people were. One of her good friends, Zahae, actually lives around the corner from her and so she’s posted there a lot of the time.

Amber goes to a private school. She’s also captain of the cheer squad and loves every minute of it. When Amber grows up she wants to be a cheerleader and an actor.  She’s starred in a few commercials, but she’d like to actually be in a movie. 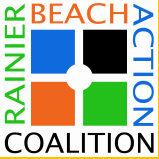