Kyle Palmer is a 23 year old male who stands 6’, 5″ with a jail body, dark brown eyes, and a faded haircut.  He has deep dimples with perfect white teeth with a bright smile.  He’s what you’d call a “light bright”.  He was born on March 19, 1990 in Seattle, Washington at Children’s Hospital. Growing up in the Rainier Beach community, Kyle had a lot of medical issues from having cardiomyopathy to diabetes. He was in and out of the hospital pretty much his whole life.

When Kyle was 12, he joined the dance team for his Rainier Beach community center. He really liked it, but he was the guy who was insecure about everything and dropped out of the dance team because other “cool guys” said it was gay to be a dancer.  For 8 months he just danced in his room until, finally, he had enough of not being able to do what he loved!  He started his own dance team and let anyone be in it.  He knew he wasn’t like that, so he decided to only care about what he thinks is right.  Now a 12 year old boy starting a dance team took a lot of work.  He had to have a lot of co-signers with him.  But he still pushed on.  When he was 16, he was in a horrible car accident and broke his leg.  That would leave him damaged for a while.  He wanted to go to Julliard but ,since his leg was broken, that wasn’t on the agenda.  Kyle decided he’d do community college first and see where that would get him.  But what he didn’t know is that Julliard had already scouted him and wanted him. They thought his technique was incredible.  So on May 16, 2008, he received a letter from Julliard asking him to come and be a part of Julliard School – even though he had a broken leg and couldn’t be on it.  He could prepare.  Kyle graduated from Julliard in 2012, and is now teaching dance at community centers, and even at homes where there are disabled kids. His story is very inspiring because no matter what he went through, he found a way to make it look better, or found a way him to make him be better. 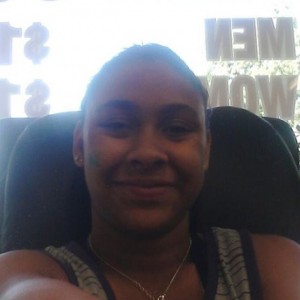