Celebrating the arts in Columbia City. The Heritage Parade 2013. Was filled with Drill Teams such as Electronet High steppers, The Elegance Drill Team and The Seattle Diamonds Drill Team. I am a former Drill Team member and former coach of the Lady Dangerettes. It’s said the my team wasn’t there this year but next year watch out. Not only the parade was filled with drill teams but our Rainier Beach Vikings Cheer squad representing the orange and blue GoVikings! Here are some pics from the parade 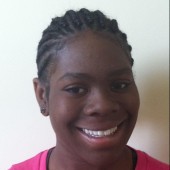