My dad and I were getting in to the car. As we were driving I saw the parks that I used to play at when I was a kid; I saw the bars, the big toy and the swing. As we are driving by my dad cleared his throat. “Uh hhh hoo-hah,” he said. “You know what Bendolla? You are stepping into manhood. So let me tell you some things about being a man. Don’t break what you say you are going to do. Your word is like good credit, and a lot of people don’t got good credit. Don’t speak lies either because people won’t want to talk to you. And watch out what you say because the world is not as big as it looks. Bendolla are you listening to me?”

“Listen to what I am saying. Take mental notes.”

As I think about all the things my dad said to me, I look up and I am in this strange land called middle school world. I heard it makes or breaks you. A place that chews you up and spits you out like a piece of gum. Where you roll with or get rolled on.

I shuffled my way in to school and took a seat in the back of the class because I was lucky I even got a seat. All the seats in the back was taken and I feel lucky that I came in early as I did. As time progressed, I started to see more and more people coming in. One guy’s was named Freddy. He was a weird kid who picked his nose and wiped boogers under his desk. And he chased Emily Rose around the desk till he tripped and got a booger on this guy named Jamal’s sandwich. Jamal almost threw up.

Then the bell rang. The teacher got up from her desk with a ruler in her hand as if she was taking note of the ones that would give her trouble. She said welcom, but it did not sound inviting. She said, “There will be no gouging around in my class today.” As Freddy was making his way to his seat she said, “My name is Ms. Uncoola. I like structured organized behavior, and my favorite color is purple.” Then she went around the room calling on people random-like. She said, “State your name, what you like, and your favorite color.” Then she smiled as if she was feeding on our fear. I was hoping my time would not come up, but eventually it did. She steadily walked her way to the back of the class, took her ruler and bang! hit my desk. Standing over me, her short black hair blocking the sun out of her face and replacing it with a shadow, and she grinned at me. “Are you ready?” As I stand up I feel my legs buckling like a small tree in the wind. I took a deep breath and tried to ignore the heartbeat in the back of my eyes. I said, “My name is Bendolla. I like nonfiction books, and my favorite color is red.” As I tried to sit down, the funny guy named Joseph in the back of the room asked me, “What kind of nonfiction books do you like to read?” and he giggled. I ignored him but Ms.Uncoola gave me those menacing piercing hazel nut eyes, and I said books about bugs. As I was standing there, my legs gave out and my eyes closed. The floor was pulling me in like a magnet. And then Bertha got out of her seat and ran toward me and tried to give me CPR. But the teacher stopped her.

That was the last thing I remember before I opened my eyes and woke up in the nurse’s office. Nurse Jacobs greeted me saying, “Earth to Bendolla. You copy?” She said, “Your dad is on his way to pick you up.” Then she asked me what happened. I told her that teacher is a sadist. “She walks around with a ruler and she picks on everybody, standing over you. It’s not right.” Nurse Jacobs said, “She walks around with a ruler because it is an art class. She stands over you because she cannot sit on somebody’s lap in class; that would be unprofessional. Come on now. You name a teacher you know that is not uptight about things going on in their classrooms. I say. “You’re right. You seem pretty cool, Nurse Jacobs. You seem nicer than Ms. Uncoola. She smiled and laughed a little. Then she said, You know that’s my sister, right? “What? No way,” I say. “You are so much cooler than her.” And then she said, “It is a small world, Bendolla, so watch what you do.”

Me and my dad jump in the car. He asked me did I learn anything. I said no but in my mind I was like, “you was right. The world is small.” He broke the silence and said, “You can’t get out of school like this every day. You got 364 more days to go.” And I wonder if I will learn a new lesson on every one of those days. 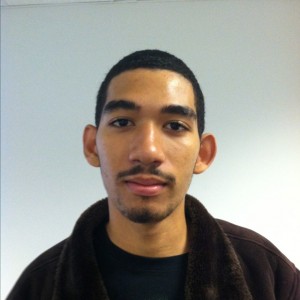 Hi, my name is Isaiah Bridges and I'm a senior at Franklin High School