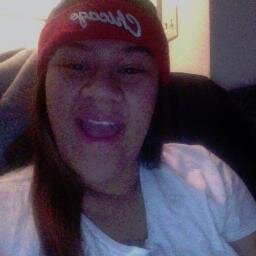 A Change of Heart by Zolviz K
It was a young Friday night on the rough side of downtown Compton California. It was about a quarter to ten.
“Hey baby girl!” a man named Marvin said to Cas.  In his late forties and familiar all around L.A., he was always wearing kango suits with all gold in his mouth.
“Hey Marvin, how are you doing?” Cassidy responded in an upbeat tone. As all the other fellas greeted her, she walked past them towards her homeboy Calvin’s house party.

“Oh good baby girl, you take care now,” he said to Cas while she disappeared down the street with her girls.
Everyone was out, from the pimps to the women walking around looking dehydrated, the young hot boyz to the O.G’s. Drugs were being dealt at every corner, the bars booming with great conversations, laughter and the stereo playing Dr. Dre’s new album, The Chronic.  Cassidy Amirah a young female hustler from the notorious neighborhood of Compton felt right at home, although her parents had moved to Laguna Beach to try and avoid the life that the streets had to offer their baby girl.

Earlier that day Cassidy lost track of time.  She  came home late from school she told her strict father, but she was really with her homeboys and girls from Crenshaw kickin’ it. This was becoming a habit, and her father was not having it this time. He smacked her so hard across her face both of her cheeks started to turn bright red, and a warm stream of tears started rolling down her face. Cassidy felt her body heating up. She was hurt and furious.
After ten minutes, Cassidy was still in her living room, shocked, with her face dry from all the crying she had done.
She was over it, so she went up to her bedroom, quickly packed everything she could fit in her school bag, and sneaking out her window, she  jetted to the bus stop towards West Slauson Ave to meet up with her girls. Although Cassidy was only 16 she felt like she was 21 and ready to rule the world. Cassidy was just at her rising point of coming up in the streets and being the top female hustler in Compton. This was just the beginning and definitely not the life she had ever imagined for herself, but it was the like she was living now and she loved the rush of touching thousands, nearly millions.  It was a high to her. Cassidy was coming up, but was not high enough.  There was a bigger and badder hustler above her named Jada E.  Cassidy was motivated to do whatever was necessary to be in the top position. She was for it with her ambitious and courageous heart.

Saturday night, Cassidy called Jada to discuss money. At a quarter to 11, Jada was behind the main 7 Eleven alone where she had been told to meet. Cassidy’s hit man Wil, wearing all black, walked up behind Jada shooting her in the head two times.  In a split second she was out cold. That was that.
The next day word got out that Jada E had been found dead. Cassidy wasted no time and started calling all the big time ballers on the east coast inviting them to her town to handle business.

A car rolling down Cassidy’s street playing loud music woke her at 11 o’clock at night. “Boom boom boom,” the speakers bumped. Not able to go back to bed, she sat up in her bed, thinking.
“You’re gonna change the game, Cas” Robin,  a big name in the industry from Jersey, had said to her that night they had all met at Molly’s. That had always stuck with Cassidy, even seven years later.  She was now twenty-three with her own home in Los Angles, Calabasas. She was young, successful and beautiful.  Living the life. This couldn’t get any sweeter for her.
About four in the morning, a loud thud sounded at Cassidy’s door, waking her suddenly. Getting out of bed slowly, when she reached the bottom of the stairs, a sworm of cops busted in handcuffing her.  One officer read her her rights and another fit her sneakers onto her feet. Cassidy, half asleep, was worried.  Worried because she had no clue what was going on or why she was being arrested. Within an hour, Cassidy was in custody at the L.A County Jail. Being booked was nothing since she had been in juvie a few times in her early teenage years.  But this was different because she was over eighteen now, and she was locked up with jealous, bitter, vicious females. A officer handed Cassidy a red jumpsuit directing her to the holding cell to wait for her turn to get a call.
While waiting in the holding cell, Cassidy had seen her old home girls from Crenshaw.  “I’m not surprised,” she told them laughing. After two hours of waiting, Cassidy was finally up to get her phone call. The first person that came to mind was her lawyer Robert W. After a hour conversation, Cassidy was aware that she had been charged with second degree  distribution of narcotics. That first night in jail Cassidy stayed up all night.  It shook her that she didn’t know what was next, how much time could she face, or who could she trust.  But one thing was for sure; Cassidy Amirah had been ratted on, but she did not have a clue who was responsible.  It had to be someone who knew her. This situation gave Cassidy a whole other mindset.
It took two long months for her case to be dropped and her to be found not guilty on her charge. But while doing time Cassidy kept in contact with one person she’d known since she was twelve – her best friend, her first love, the only person she could trust Jayceon D.  This downfall opened Cassidy’s eyes, and she knew she wanted to marry this man.  He stayed in Miami, Fl where he played ball for the Miami Dolphins. He’d been the one person trying to get her out the game and move with him down to Miami.  But back then Cassidy wasn’t ready. But they talked and Cassidy had finally agreed to this move. Jay had gotten everything ready – her flight, papers and everything moved to their new home where she was now going to be living. Cassidy felt excited and scared at the same time. Leaving all she knew – her home, her past life, the game, her hustle.  Leaving Compton behind was the scary part.  But moving to Miami and starting a fresh start with someone she loved and trusted, that excited her and she couldn’t be any happier.
The following Monday at four in the morning Cassidy was all packed and ready. Locking the door to the first home she owned, she took a look back before stepping into her ride.  “Here’s to greater blessings Cas” she said to herself. Cassidy Amirah was ready.

Hey! My name is Zolviz, I'm a junior at RBHS this yr and I'm looking fwd to being a part of the RBSG.