Imaginations taking flight
I took this picture at the Rainier Beach High School on July 25, 2011.  In the picture, there is a boy reaching towards a bird while standing in the water.  The reason I chose to take this photo is because it stood out to me. It represented more than just a picture.  To me, this photo represents thinking outside normal thinking by letting your imagination take flight.  Letting imagination take flight helps students and non-students learn because it introduces their minds to endless possibilities.

The Cross
I took this picture on July 25, 2011 at Urban Impact.  In the photo there is a cross spray-painted in the color red.  I would like to share this photo because it’s not just inspiration to learn but inspiration to live better.  This picture represents hope and a better way of living.  This photo can help people learn because they know that there’s going to be a greater reward in life if we do the right thing.

Unity
I took this picture on July 25, 2011 on Rainier.  In the picture there are African-Americans and Native Americans on the bottom of a bus stop.
I chose to share this picture because it symbolized unity.  This also represents working together because everyone is side by side.
This can help with learning because knowing that you can feel as equal as the person next to you can be motivating.

Working Together
This picture was taken on July 25, 2011 at the Rainier Beach Library.   In the photo there are two African-American females working diligently on their task.  I would like to share this photo because it demonstrates two people working on a positive cause within the Rainier Beach community.  This picture represents working together in a positive way.
Working together can help people learn because they can encourage each other when they feel that they want to give up.

World Changers
I took this picture on July 25, 2011 on Henderson. This is a photo of people who can and who have changed our world for the better.  I chose to share this photo because it shows that anyone can make a difference no matter the gender or race.  This picture represents opportunity for anyone who wants change in our world.  This picture can motivate people to learn and to do the right thing like the other world changers on the four corners of the picture. 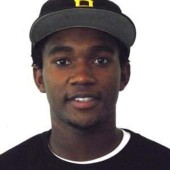 Rainier Beach: Focus from Another Lens