This is Mariam Ouedraogo 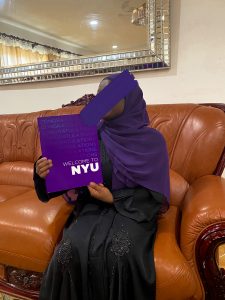 Today I want to introduce you to a young lady who has written some amazing poetry. She is an entrepreneur. Her name is Mariam Ouedraogo and she is 18 years old. Mariam is the CEO of Ouéd Collections and the founder of Bossed By Ouéd, a platform created to inspire, educate, and motivate the future Women leaders of the world. Looking at the trajectory of the 18 years she lived I can say that Mariam has been through so many phases of finding what she is truly passionate about, and Mariam believes society’s portrayal of women played a huge role in that. In Mariam’s early middle school years, if you’d ask Mariam about the influential women ‘’I knew about I would say Oprah Winfrey and J.K Rowling because I was a complete bookworm and I was inspired by how they dominated the world of literature. However, I couldn’t quite see myself in their shoes because they didn’t look like me.’’  Mariam didn’t understand what the image of a successful Muslim woman was and how we can have a legacy of our own. At the age of 14, Mariam thought she had it all figured out, Mariam was going to be a motivational speaker. She would stay up at night listening to MLK’s speeches and studying the vocal techniques of Malcolm X.’’ Mariam would post Her poetry about racism, islamophobia, and sexism on Instagram. And that’s how I found it. Mariam would be so inspiring to me because the things she was talking about I can truly relate to.  And She would go viral and not long after Mariam was speaking at NJIT, Rutgers University, and even City College of New York. However, Mariam wasn’t fully content because she wasn’t fully embracing who she was as a Muslim. Mariam had gotten so comfortable with speaking about race and everyone else’s stories that she had forgotten who she truly was. At the end of her freshman year of high school, she threw her 5 seconds of fame away and deleted her Instagram page to pursue seeking Islamic knowledge. This was the best decision she had made in her life. Mariam started taking extra Quran classes, learning more hadith, and watching lessons about the powerful women in Islam. She spent her pre-teen years reading about Oprah, J.K Rowling, and Martin Luther King when her true role models were Prophet Muhammad (pbuh), Maryam, Khadijah, Aisha, Nusaybah, and  Aasiyah. These women held on to La ilaha illallah no matter what obstacles they faced and that is why they are so influential. Maryam was a very successful business women and Prophet Muhammad (pbuh) was employed by her for a period of time and Marima was so captivated by this dynamic. She continued to write and post her Islamic poetry during and after her sophomore year of high school and in 2019 Mariam found herself speaking at NYU’s The 1st Black Muslim Symposium. And Alhamdulillah this fall Mariam will be pursuing her bachelor’s degree in Business, tech, and entrepreneurship with a concentration in economics at NYU.’’ I hope to use my degree to expand my business, Ouéd Collections, into a global empire that inspires Muslim women around the world to dive into the world of business, impact, and change In Sha Allah’’. Mariam always wanted to be more than a speaker. She wants to create tangible and transformational change in underprivileged communities that are suffering from economic inequity. In the future, Mariam will love to see herself being an economist and a speaker at United Nation Summits In Sha Allah.

Here is a piece of Mariam Poetry!!!!!

I never knew a piece of fabric could make people so mad.

Got they heads shaking.

A piece of fabric

Got them in distress.

But in this dress, I don’t feel oppressed.

Over a piece of fabric,

Yes I walk with forces.

This  حق (truth) can break you out of bondage.

is manifested by The Most Divine.

Sent as a mercy from His throne,

To the creations He own,

So even when they hate I know I’m not alone.

Because Allah doesn’t burden a soul beyond what it can bear.

So I don’t even care

If they hate what I wear.

A woman in control of her own body enrages man.

I cover my body because I can.

And I wonder, would you ask me the same questions If I was a man?

I’ve heard of girls, stripped and held captive in far away lands.

Because you told them, “be free”.

Your body is for us to see

And every other man that walks down the street.

But I say no, my body is worth more than gold mines.

I am heaven sent.

Perfectly, perfected, and created by The Creator.

I am of a nation of women.

Who speak behind veils

We, are wrapped in a fabric of voices.

Because a woman cloaked in fabric

That tries to suppress our Islamic foundation. 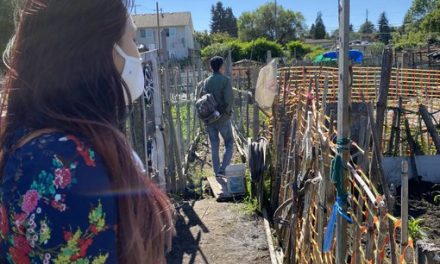 Highlights and More of our RBAC June 2022