The most controversial thing heard about the MLK apartments is that it was originally built in 1968 and it was actually built by Boeing company and they actually lived here.

The most surprising thing heard about the MLK apartments is that,again it was renovated in 1996 and its now 15 yrs old since its been re:built.

Possibilities and/or impacts that MLK has on Rainier is that their like a diverse with different races, Africans, Americans, Asians, Oromo’s and others and different cultures.

New things about the MLK there is a mini little park for little children to go play, there’s a basketball court for teens , and there’s a balcony for parties, for holidays, birthdays or just special occasions.

What questions did you ask:

Who did you ask:

What was the response: 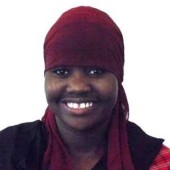