On August 21st the FreedomNet staff went out watch the musical “Wake Up” at the Langston Hughes Theater. One of our very own citizen journalist, Christen Blackwell, made a HUGE impact on the play and was very stunning in her performance. The musical was structured on race,  youth being in gangs, religion and issues that teens go through in their lives. Some of the kids had to deal with losing a mother and getting into gangs , others had to face the fact that they are multiracial and acceptance of their identity, and some loved to show themselves through speech and saying what they mean in things like pep rally’s just to make a point of how they feel.

You have to be yourself & love yourself. Don’t try to be someone else that your not. Another thing heard was Christen Blackwell have a stunning, power voice ending the musical singing her heart out. It was beautiful and I loved it.

The most surprising thing I heard was that some people think that just because they are mixed they feel like they can abandon their other culture. Like a person who is black and white feels like they can be only white because they don’t like the other half that they are. I feel that is very discriminative to their culture and I feel that this play was a good way to let people of mixed race see what some other people think. 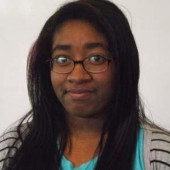